I was on vacation last week in Estes Park, Colorado, visiting the Rocky Mountain National Park. This was somehow my first trip into the mountains, even though I had visited Denver several times during college.

Because we were hiking with small children and grandparents, we were pretty limited on what trails we could complete, but I really did enjoy this trip quite a bit and would look forward to doing more mountain hiking in the future (I don’t think I’m quite ready to tackle a fourteener though). The trip also gave me an excuse to give my old DSLR camera some use.

Panic finally released Nova, an app I have been eagerly anticipating, and so far it has not disappointed. I like Atom, but it seems to suffer from poor performance due to being written in Electron, rather than a native Mac app. It seems everyone else has been switching to VS Code, but I’ve never really been able to get into VS Code every time I’ve tried. It will also suffer from some of the same issues as Atom since it is also an Electron app. 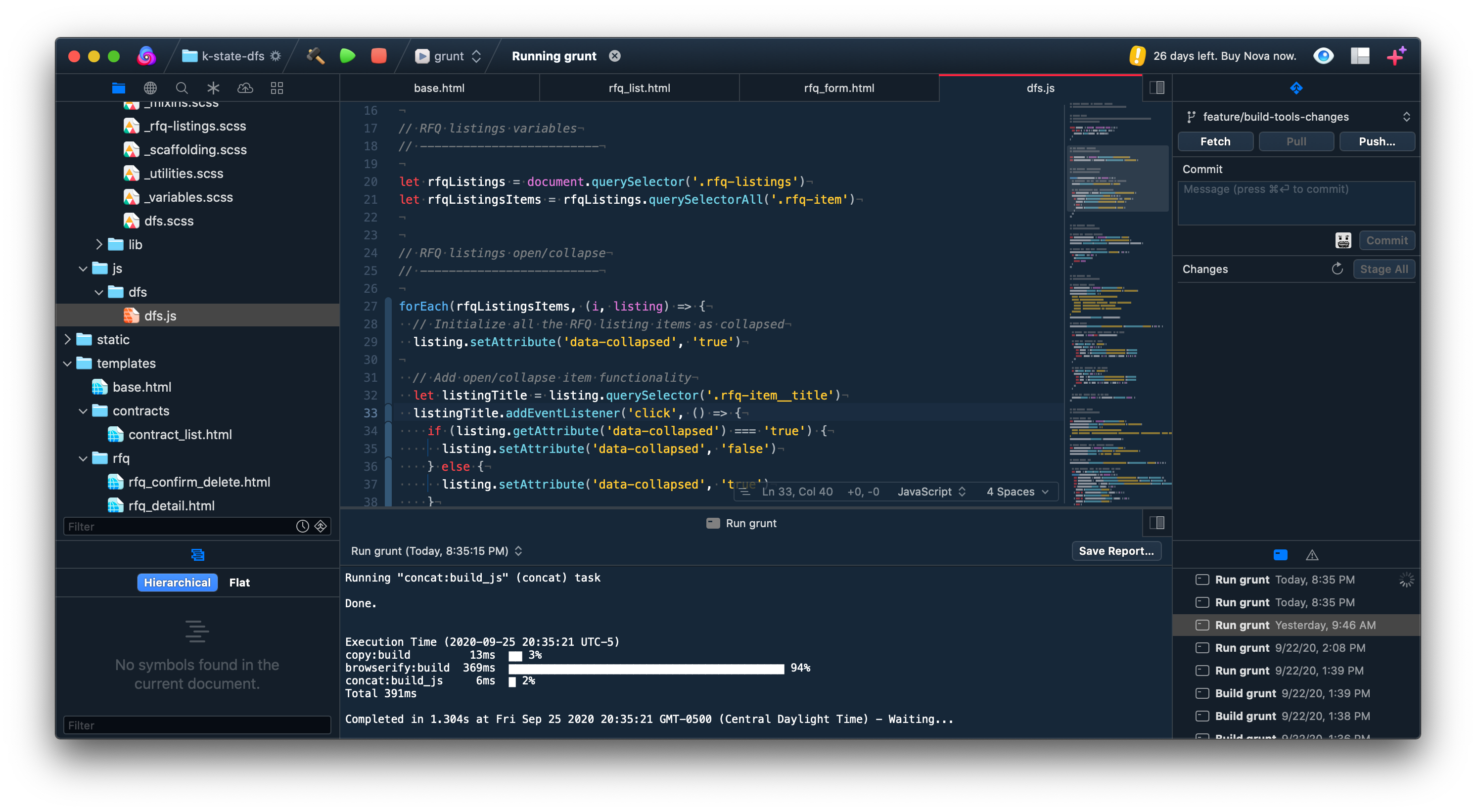 Nova is fast, and you can see that Panic put a lot of attention into the small details of the app. The file browser functions just like Finder on the Mac, which is something I always missed from Coda (I still do love those big, square Coda tabs as well). I like being able to run a terminal inside my editor, and I’m starting to get the hang of setting up project tasks, like running my build tools, which saves me having to type those commands in the terminal. The built-in Git committing is nice, but there’s no way to do things like merge branches from the Git panel. I would love it if Nova could eventually replace Tower for me.

I’ve seen a couple of bugs, and it still seems to be missing a few syntax extensions (e.g. Django). Panic has always been great with customer support though, and it looks like new extensions are coming pretty rapidly. Overall, I’m pretty excited to make the switch.

Chris Coyier wrote up his thoughts on Nova over at CSS-Tricks.

I’m thinking about getting a PlayStation 5 this fall (my first console since the PS3), so I’ve been watching all the PS5 news:

Lots of new things in Apple iOS, watchOS, and tvOS this week. I’m still trying to get my iPhone home screen to where I like it. It’s actually a bit overwhelming how many more options were added in iOS 14. I always get the most excited for new versions of macOS, so I can’t wait for Big Sur to be released.