Highlights from my week.
END_OF_DOCUMENT_TOKEN_TO_BE_REPLACED

It’s already getting to be a little late in the year, but here’s my quick roundup of the movies released in 2015 that I’ve been able to see so far. You can follow my movie-watching progress on Letterboxd.

END_OF_DOCUMENT_TOKEN_TO_BE_REPLACED

I loved the design of the 87th Academy Awards ceremony last night, and it looks like I wasn’t the only one. Bloomberg Business reported that the design work was done by Henry Hobson, a live action director and graphic designer. It turns out that I’ve seen some of his work before in a few other title sequences, such as the one from The Walking Dead. 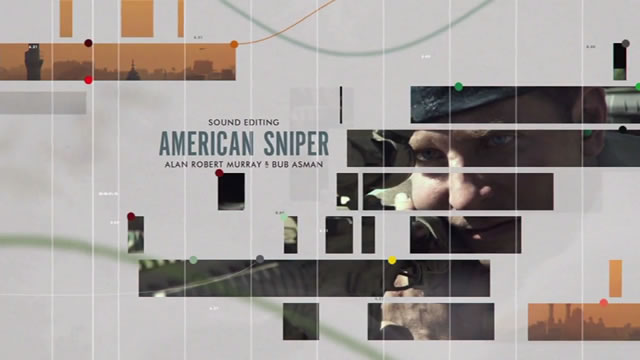 I particularly loved the typography used throughout the Oscars. One other little detail I really liked was how the titles used for the best sound editing nominees looked like an audio timeline.

You can see more of Henry Hobson’s work by checking out his website or by following him on Twitter.

Update: Art of the Title has a much better writeup of the 87th Academy Awards, along with an interview with Henry Hobson.